cwrt sart is my former comprehensive school, I have a range of emotions from the place, happiness sadness and hurt.

It was recently bulldozed, broken, torn down brick by brick and crushed into small pieces..That was the hope of a younger glynn.

Making way for a new school.
I didn’t have great memories of cwrt sart.   The victim of bullying was my curse.  Victim maybe but I probably didn’t help myself possibly.

I walked past my old school after the bulldozers had left..the grass was long where once it was short, the echoes of pounding feet in boots practicing rugby and cricket and other sports filled my thoughts.

Where once I got kicked in the face after being held down by some bullies, from not entering the school gates as was safer to go the long way round..where once I had a crack at tackling in a rugby game on the field and got smashed, where once, where once..it could go on.

These were some of the memories that flooded back while watching the stillness and overgrown grass that was my former school..funny I got hit and pushed around in a game of rugby but what happened on the rugby field was different to being bullied on the same ground..both were physical yet only one was cowardly.

I won’t stand for bullying as a man, I wish I could talk to the shy glynn from my youth and raise his confidence, talk to him about bullies and how they are the ones that are weak, who hide that fear by feeding on the innocence of others.

So it’s with a bit of sadness that I saw what looked a similar isolated face at the new school in Port Talbot, a boy sat on his own, looking away from the other kids, sitting in a corner..I wanted to pull my car over and go talk to him, maybe I should but we’re in a world where that’s not possible to do.  A 45 year old man talking to a 12 year old..

Tugs at my heart strings..bullying is still here..while cwrt sart is the past and ysgol be baglan the new, it is a shame that some behaviours from the past poison the present and likely not end.

Good bye cwrt sart, I walked away from my old school with it’s piles of rubble head high and with fonder memories of a once unhappy place.

I’m not sure what happened to those bullies but I hope they found a happiness they didn’t have back in school. 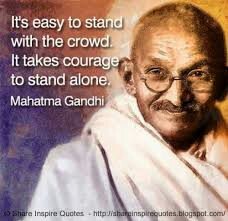